I’ve been excited about multimodal composing since stumbling on Jackie Rhodes and Jonathan Alexander’s work on queer web texts in On Multimodality (CCCC/NCTE) back in 2016. That semester, in Tom Peele’s Rhetorical Theories and Composition Theories course at CCNY, I dove into the wild world of theorizing digital writing as situationist, activist, and queer AF.

Rhodes and Alexander discuss their own work towards practicing the queering of texts that they theorize in the text, but the chapter that really thrilled me focused on Guy Debord’s Society of the Spectacle and theories of dérive and détournement as they relate to queer webtexts and digital composing. Essentially, Debord viewed dismantling and re-purposing, ignoring the original intention of a space or text, as crucial to creating a situationist cultural ethos. Rhodes and Alexander respond by dis-composing, the rhet/comp incarnation of détournement, by taking texts and intentionally stripping order and even meaning from the writing.

On the train home that night, I frantically googled free coding classes, “détournement for Dummies,” anything to help me do this. I ended up stumbling into it on Twitter: Weird Twitter, a now-mostly-defunct movement of surrealism and un-meaning through genre manipulation, had been doing this work for years. Thus, riceevansdis-composed.tumblr.com was born.

I’ve always been into computer stuff. I coded my MySpace AND LiveJournal(s) with a custom background, color scheme, font, proto-emojis, an avatar, stuff to get my crush’s digital attention, etc. 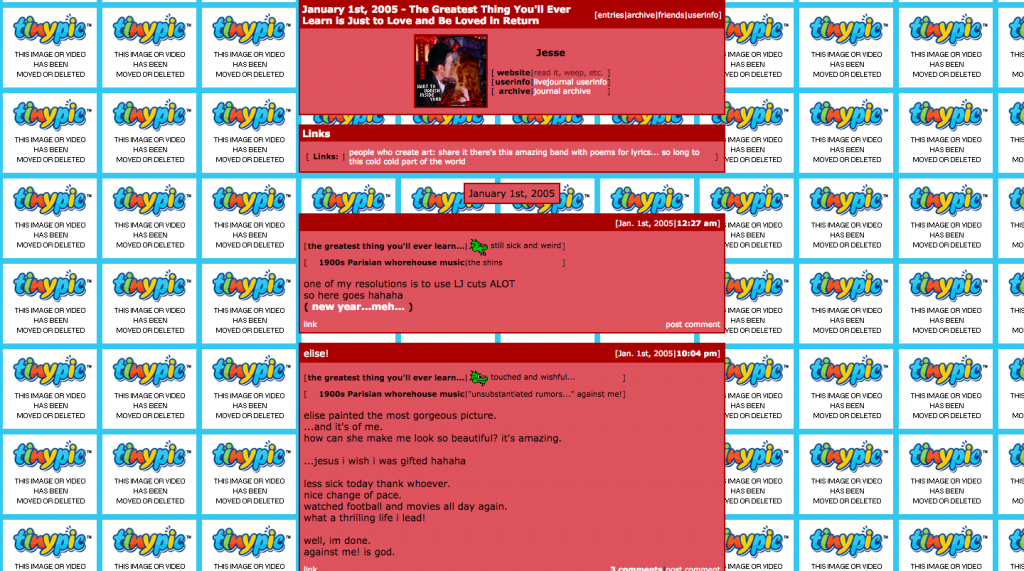 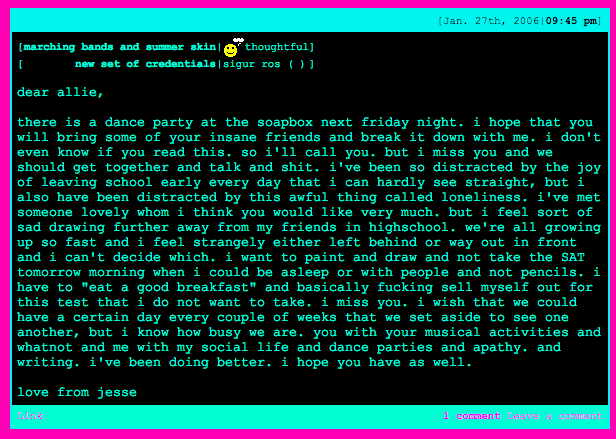 Once I realized that this impulse had always come from a place of loving to experiment, that I could play with rhetorical strategies in these multimodal formats that I’d always loved, I caught the bug again. Hard. Since, I’ve developed my own slew of playful online texts: an interactive memoir, the aforementioned messy theory-in-progress, a cleaner but fictionalized chap of poems.

Rhodes and Alexander swiftly followed On Multimodality with a fully-online multimedia piece titled TECHNE: Queer Meditations on Writing the Self (Computers and Composition Digital Press), which took their theorizing about the need for instructors to actually do some multimodal writing into practice. TECHNE is a wild mash-up of practice and abandon: a navigable webtext with integrated images, video, and audio. Rhodes and Alexander manage to maintain citation practices while incorporating their own original written & multimedia scholarship, including some weird arty video work run through iMovie’s slow-motion tool. 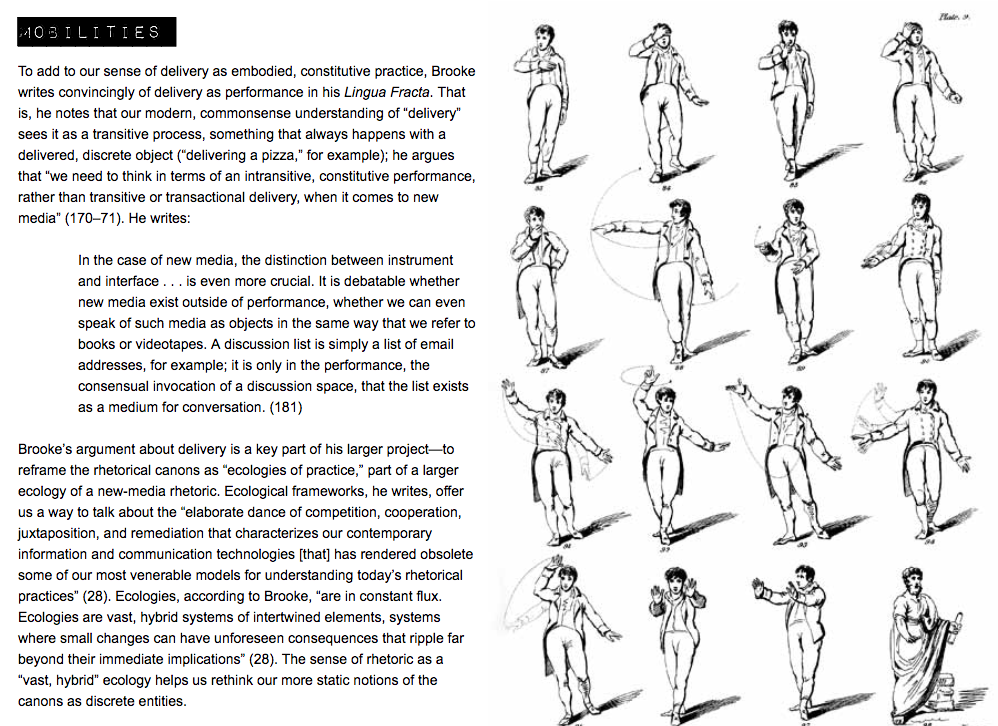 The thing that excites me most is how Rhodes and Alexander are breaking apart the standard essay/article form used across humanities scholarship, even in decidedly critical intellectual spaces: crit theory, cultural studies, critical university studies, comp/rhet. Because while we all talk a big game about experimenting with form and pedagogy, we still write in the same tedious, exclusionary forms we always have.